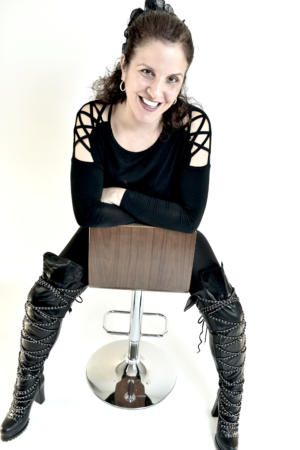 Bernadette Giacomazzo is a NYC-based editor, writer, photographer, and publicist with a career spanning more than two decades in the entertainment industry. Her work has been featured in People, Teen Vogue, BET, HipHopDX, XXL Magazine, The Source, Vibe, The Los Angeles Times, and more. She is also the author of The Uprising Series and is the CEO of G-Force Marketing & Publicity, which has been featured in The Hollywood Reporter and has obtained film, television, radio, and print placements for blue-chip clients all over the world. She will release "In Living Color: A Cultural History" on Rowman & Littlefield Press in April 2022, and "The Golden Girls: A Cultural History" on Rowman & Littlefield Press in October 2022.

Featured
Looking Back, MC Hammer Says He ‘Wouldn’t Change One Thing’ — And One Of The Reasons Why Is His Five Children

Featured
Inside Beyoncé's Investments and Her $500M Net Worth

Featured
Ice Cube's $160M Fortune Is Impressive, But His Role As A Husband And Father Of Four Is Priceless

Featured
Did You Know That 50 Cent Once Invested in Computer Screen Sunglasses — Long Before They Became Popular?

Featured
Did You Know That Nick Cannon's Great-Grandmother Is A Groundbreaking Community Leader & Activist?

Finance
Invest Like An Athlete: How Kevin Durant's Portfolio Helped Bump His Net Worth To $75M

Finance
Though Long Believed To Be Broke, Allen Iverson Still Makes Great Money — Even After He Blew Through $200M